What is Hormone replacement therapy (HRT)?

Hormone replacement therapy (HRT) is the mainstay of menopausal treatment. It is useful in alleviating symptoms of menopause such as hot flushes, night sweats, sleep disturbances and for the prevention of osteoporosis.* Before initiating HRT, women should be counselled on the benefits and risks of HRT and treatment should be tailored to the symptoms and needs of each individual woman.1

In women with an intact uterus the risk of endometrial hyperplasia and carcinoma is increased when estrogens are administered alone for prolonged periods. The addition of a progestogen cyclically for at least 12 days per month/28 day cycle or continuous combined estrogen-progestogen therapy in non-hysterectomised women prevents the excess risk associated with estrogen-only HRT.2,3

How is HRT beneficial in the treatment of menopausal symptoms?

HRT remains the most effective therapy for vasomotor symptoms and urogenital atrophy. Additionally, other menopause-related complaints, such as joint and muscle pains, mood symptoms, sleep disturbances and sexual dysfunction may improve during HRT treatment.1

Offer women HRT for vasomotor symptoms after discussing with them the short-term (up to 5 years) and longer-term benefits and risks. Offer a choice of preparations such as; estrogen and progestogen to women with a uterus and estrogen alone to women without a uterus.6

HRT prescribed before the age of 60, or within 10 years of the menopause has a more favourable benefit/risk profile compared to starting HRT later, or in older women.1,8

Osteoporosis is common in postmenopausal women.9 Estrogen deficiency at menopause is associated with increasing bone turnover and loss of bone density.2,3 It is estimated that one in two women in the UK will suffer a fracture after the age of 50 and the International Osteoporosis Foundation reports that a 50-year-old woman has a 2.8% risk of death related to hip fracture during her remaining lifetime.8

HRT has been shown to have a significant protective effect against osteoporosis and related fragility fractures.8 Certain strengths of HRT therapy are indicated for the second line prevention of osteoporosis.* Protection appears to be effective for as long as treatment is continued. After discontinuation of HRT, bone mass is lost at a rate similar to that in untreated women.2,3,5

What do we have in common?
We all go our own way.

What are the available preparations of HRT?

HRT includes a wide range of products with varied hormonal components, route of administration and dosage, which are all associated with different benefit and risk profiles.7

The estrogen which is most commonly prescribed is micronised 17β-estradiol. This is available in the form of patches, sprays, gels or tablets. 17β estradiol is a regulated bioidentical (rBHRT) or "body identical" hormone, with similar effects to the body's naturally produced estrogen.8

Progestogens are indicated to protect the endometrium from hyperplasia and carcinoma, and the dose, duration and type of progestogen is important when considering which HRT treatment. Progestogens commonly used can include dydrogesterone and micronised progesterone. In women with an intact uterus the risk of endometrial hyperplasia and carcinoma is increased when estrogens are administered alone for prolonged periods. The addition of a progestogen (e.g. dydrogesterone) cyclically for at least 12 days per month/28 day cycle or continuous combined oestrogen-progestogen therapy in non-hysterectomised women prevents the excess risk associated with oestrogen-only HRT.2,3,7 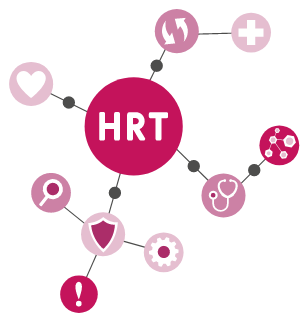 Risks and benefits of HRT

Women wishing to start HRT should carefully discuss the benefits and risks of treatment with their doctor to see what is right for them, taking into account their age, medical history, risk factors and personal preferences.

HRT is contraindicated in the following:2-5

Femoston is a combination of 17β estradiol and dydrogesterone, which is indicated for postmenopausal women at least 6 months since last menses to provide relief from vasomotor symptoms. 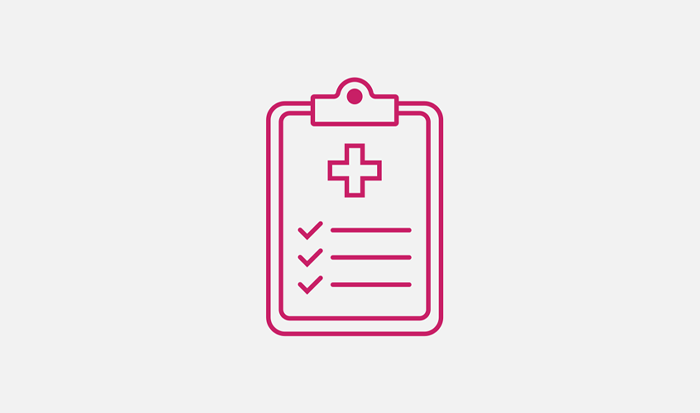 This website is intended for UK healthcare professionals only.

Viatris Connect is an online platform for UK healthcare professionals.

Across the website you will find news, blogs and product information.

Please note that the website contains promotional and non-promotional material including educational content and resources to help you and your patients.